Horchata first appeared in Egypt, where it was made from the tigernut or chufa nut and made its way to Spain.  By the time the Spaniards brought horchata to Mexico, horchata had evolved into the sweet refreshing and creamy drink we find today; made with rice instead.

If you’ve never had it or heard of it, you have to try this cinnamon-y drink that is served chilled, and great especially in the summer heat. Authentic horchata is entirely non-dairy but there are a lot of recipes out there to try.

Check out Kiko’s special recipe at the restaurant the next time you are in, just know that his version does use milk! 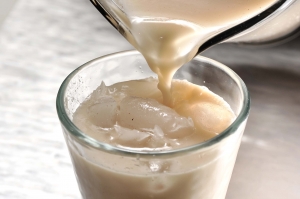